Gota Media, founded after the merger of two Swedish regional newspaper groups in 2003, traces its roots to the rise of democratic movements in mid-19th century Sweden. Reaching more than 1.5 million readers through its 30 newspapers via print and digital channels, it is one of the leading regional and local newspaper groups in the country. With over 700 employees throughout the group, revenue in 2019 increased to SKr 1.1 billion. It is currently jointly owned by two private trusts.

Gota Media, founded after the merger of two Swedish regional newspaper groups in 2003, traces its roots to the rise of democratic movements in mid-19th century Sweden. Reaching more than 1.5 million readers through its 30 newspapers via print and digital channels, it is one of the leading regional and local newspaper groups in the country. With over 700 employees throughout the group, revenue in 2019 increased to SKr 1.1 billion. It is currently jointly owned by two private trusts.

Like any media company, Gota Media found itself with massive amounts of metadata but was uncertain about how to measure its value and lacked the means to put it to any real use. However, a meeting with iMatrics to discuss issues unrelated to metadata opened new vistas. Pooling its deep knowledge of the media business with iMatrics’s leading-edge competence in AI and machine learning, Gota Media embarked on a project to turn metadata into a valuable resource that is helping the company meet the challenging demands of a modern, media-savvy readership.

When Gota Media, a leading media company in southern Sweden, met iMatrics, the issue at hand was not metadata and how to manage it. However, given the breadth and depth of competence in AI and machine learning at iMatrics, the conversation turned to automated handling of data. Peter Sigfridsson, Head of Production Development at Gota Media, explains, “We needed more structure, better organization. In reality, we needed to start all over again.” Gota Media wanted iMatrics to verify the suitability—or unsuitability—of its legacy system, whether or not the data was of any value, and whether metadata management could be automated. David Beck, Business Developer at Gota Media, adds, “We wanted to be able to build new products around our content. To do so, we had to know what we had and be in control of it.”

Partners rather than clients

Gota Media was looking for a solution that was optimized for the media industry and was leading in the field. Sigfridsson recalls, “We didn’t want to be mere clients, providing a spec and getting a solution delivered. We were looking for a more agile approach, to work in small steps and adapt as we learned more and as conditions changed.”

iMatrics lived up to these expectations. Beck explains, “We know the media business and knew what we wanted; —and iMatrics delivered. Not only did they understand our industry, but they were also prepared to work closely with us to achieve the solution we needed.” Another key factor was the leading-edge competence iMatrics brought to the table and the fact that it built its own software from scratch. Beck again, “It’s hard to find elsewhere the level of competence that iMatrics possess. And because they created the software, it would be easy to identify and correct errors. It’s important for us to have a partner that we can discuss metadata with on such a high mathematical level.”

This modern methodology enabled Gota Media to implement the solution from iMatrics in stages that could be assessed, analyzed and adjusted before moving on to the next phase of the plan.

Metadata—key to an attractive product portfolio

Now that Gota Media is in control of its metadata thanks to iMatrics, it has a better grasp of what it produces and what readers prefer. Metadata has proven crucial to the success and viability of the various apps it provides that offer contemporary readers the service levels they demand. It is now possible to personalize and categorize content to make it easily accessible to individual preferences. This includes story series that make issues easier to follow, subject matter categories, and entities, such as people and places, The latter is an essential feature of local newspapers, whose readers want to be able to follow local people and events more or less as they happen. And with the solution, it is easy to continuously analyze data to find areas of improvement and stay ahead of customer demands.

With autotagging from iMatrics, metadata is easily sorted into categories with minimal input from journalists—often to their great relief. Sigfridsson says, “Today, our journalists can focus more on creating good copy. We have a more accurate use of our metadata and have achieved a higher level of performance than before. Our plans are to totally automate tagging etc. and relieve our staff of an unnecessary burden.” Beck adds, “Digitalization has changed the playing field for media companies. Our readers expect a modern experience and with iMatrics we are providing that. We’re also building a new web platform for which well-organized metadata will be crucial. Here again, iMatrics provided the structure that will allow us to offer optimized searches and enhance discoverability—key competitive advantages.”

“We’ve started on a path to personalization to provide our readers with a product they can relate to and are happy to pay for,” says Beck. And this is just the start. Gota Media is planning to use its metadata to move towards hyper-personalization, using the AI and machine learning competence of iMatrics to utilize real-time data and deliver much more relevant content, products and services to its readers. This also includes using algorithms to assess news value and deeper analysis capabilities. Apart from increased reader satisfaction, this will be a means of ensuring advertisers that their products are being seen at individual level and are relevant, thereby avoiding the serious issue of ad fatigue. Beck says, “We will be able to increase and broaden our recommendations while remaining relevant to our readers.”

Beck believes that as digitalization gathers speed, all media companies will need to tread this path if they want to live long and prosper. And the bigger the organization, the more critical these services will be. He concludes, “We see our adoption of AI and machine learning to ‘productify’ our metadata as pioneering in the Nordic region, perhaps even in Northern Europe. And we are extremely satisfied. However, we would never have achieved it without iMatrics.” 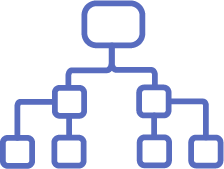 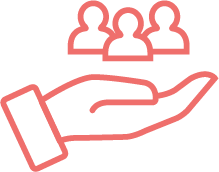 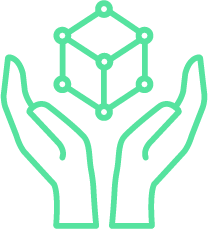 Ability to shape the way the solution is developed