Hall Media, part of the Herenco Group, offers a unique mix of independent media channels that reach the majority of the population in the areas where they operate, about a quarter of a million readers daily. It produces almost 18 local newspapers, issued from 6 days a week to once weekly. It also provides continuous updates, apps and more than a dozen newspaper websites. In addition, Hall Media operates a printing press and its own media production, events, and logistics services.

Hall Media, part of the Herenco Group, offers a unique mix of independent media channels that reach the majority of the population in the areas where they operate, about a quarter of a million readers daily. It produces almost 18 local newspapers, issued from 6 days a week to once weekly. It also provides continuously updates apps and more than a dozen newspaper websites. In addition, Hall Media operates a printing press and its own media production, events and logistics services. 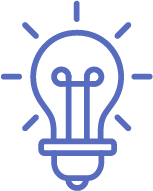 Journalists can focus on their main task—writing 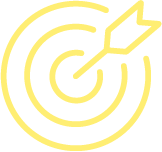 Greater ability to target readers with content of interest

Hall Media, a Swedish regional media group, has brought more than 100 years of publishing tradition into the digital age in just a couple of years since it installed autotagging software from iMatrics. Using this latest AI and machine learning technology, the software has enabled Hall Media to improve its service to readers, offer advertisers more specific reader data that maximizes the value of ad placement, and relieve its journalists of a number of burdensome, disruptive routine tasks so that they can focus on the task of writing quality news content.

Like others in the industry, Hall Media was facing the challenges of the modern media world—a changing demographic, greater competition from non-traditional providers and increasing demand for innovative approaches to receiving news. Moreover, greater competition means that advertisers require clearer evidence of the impact of their ads and a stronger assurance that ads are hitting the right targets. George Grönwald, head of editorial development at Hall Media, says, “Having produced printed media for more than 100 years, we now had to change to a new model, one that readers would continue to pay for and that would provide a modern media experience. Simply publishing PDF versions of the print editions, which we had started with, was not enough.” Also, having focused on other organizational issues, Hall Media was a latecomer to digitalization, so the competition had a head start. Time was at a premium.

Autotagging from iMatrics was crucial

To get things moving, Hall Media’s focused on finding tools that would simplify its change process and minimize technological obstacles. The old model was too unwieldy and unable to provide the data required for a modern media provider. This is where iMatrics and its autotagging solution came in. Grönwald explains, “Autotagging was extremely important in this case and right in line with our needs. All the investments we’ve made have been aimed at minimizing the manual aspects of production. We need people to create, not administer, content, and we have to do it with fewer people. We also see autotagging as an essential part of our apps, for recommendations and to make it easier for readers to achieve the personal experience they desire.”

To get started, Hall Media ran a pilot project with iMatrics. Initially, it was not easy to convince journalists of the benefits of autotagging. Also, the speed the organizational changes required to catch up with competitors added a level of frustration and confusion. But now that the journalists have been using it over a year, they find it irreplaceable. “I’d be in serious trouble if we removed it,” Grönwald jokes, observing that it was only when they had used the autotagging solution for a while that the journalists realized the amount of unnecessary and unproductive work they had previously been doing. Grönwald again, “Tagging was never an exact science among our writers. Some had 20, others felt they had to have at least 3 and would add sometimes irrelevant tags just to reach their ‘quota’. That’s all a thing of the past today. Now they can focus on doing what they’re best at—creating excellent copy.” Another key factor was the speed at which iMatrics was implemented—a matter of weeks.

One thing Grönwald noted was a greater interest in quality articles that were especially relevant to individual reader preferences. “As we enter the premium or paid content era, we can see that our readers are looking for the right content rather than just volume, says Grönwald. “With autotagging, we can invest more time and resources in certain publications. We couldn’t do this in the past.”

Autotagging also enables Hall Media to see in greater detail what it’s producing and who is reading what. That level of granularity was not possible in the past. Grönwald again, “Today we know what we’re looking for and what direction to take. We have a totally different level of digital maturity.”

Hall Media aims to attract more digital readers. While the publications will still cover social and political issues, sport and entertainment, etc., readers will still be able to personalize their flows. Apps will play a key role in this strategy. Using autotagging, they will provide relevant recommendations based on personal preferences, enabling readers to own the reading experience in a completely new way.

Another major step forward will be the introduction of a Categories function that will provide Hall Media with high-quality data to optimize decision support. This will also enable Hall Media to more accurately predict and demonstrate how well ads reach target audiences, giving advertisers a better view of the value they are deriving from their investment. In addition, it will help advertisers identify niche reader groups and optimize their offerings to them.

Grönwald concludes, “We have a greater understanding of the benefits of quality data and how to use it. In the past we collected huge amounts of data but couldn’t properly analyzed it. Our next important step is to better understand what is relevant, why people pay for our services and renew subscriptions, how we can target readers better with content and offerings. None of this would have been possible without iMatrics.”